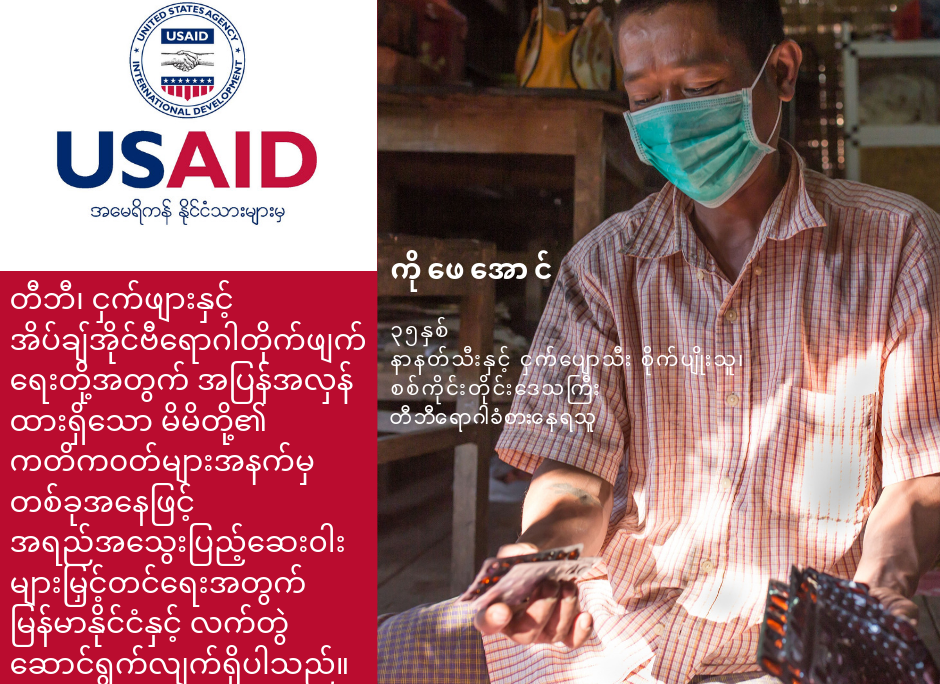 Nay Pyi Taw — More than one out of every five antimalarial drugs sampled failed the quality control test in 2013, but today more than 93% of the samples tested are legitimate, effective malaria medicines thanks to a partnership between the United States and Myanmar.

Today, the U.S. Agency for International Development (USAID) Mission Director Teresa McGhie spoke to officials of the Myanmar Ministry of Health and Sports (MOHS) and its Department of Food and Drug Administration (DFDA) about the joint achievements of the two governments in strengthening drug safety in Myanmar.  The partnership was formed around the common objective to improve the quality of treatment for malaria patients in Myanmar.  This partnership has reduced the availability of inappropriate, counterfeit, and substandard antimalarial drugs that were having a negative impact on the treatment outcomes for malaria patients and were driving increases in multi-drug resistance to malaria.

“With an investment of $1.4 million, for the past five years USAID has brought American knowledge, specialized equipment, and technical assistance to Myanmar through its Promoting the Quality of Medicines (PQM) activity,” said Mission Director McGhie.

PQM provided training and equipment to the DFDA National Pharmaceutical Chemistry Laboratory, supporting the Laboratory’s efforts to achieve ISO 17025 accreditation in 2016.  This major milestone highlights how the MOHS and USAID partnership has supported institutional reforms that save lives in Myanmar by ensuring the high standards of antimalarial treatments.

The United States has invested more than $32 million a year in health programs in Myanmar.  The USAID Promoting the Quality of Medicines project is coming to an end in December, as planned, having successfully achieved its intended objectives.  Mission Director McGhie said, “the American people’s commitment to support the people of Myanmar on their journey to self-reliance remains stronger than ever.”