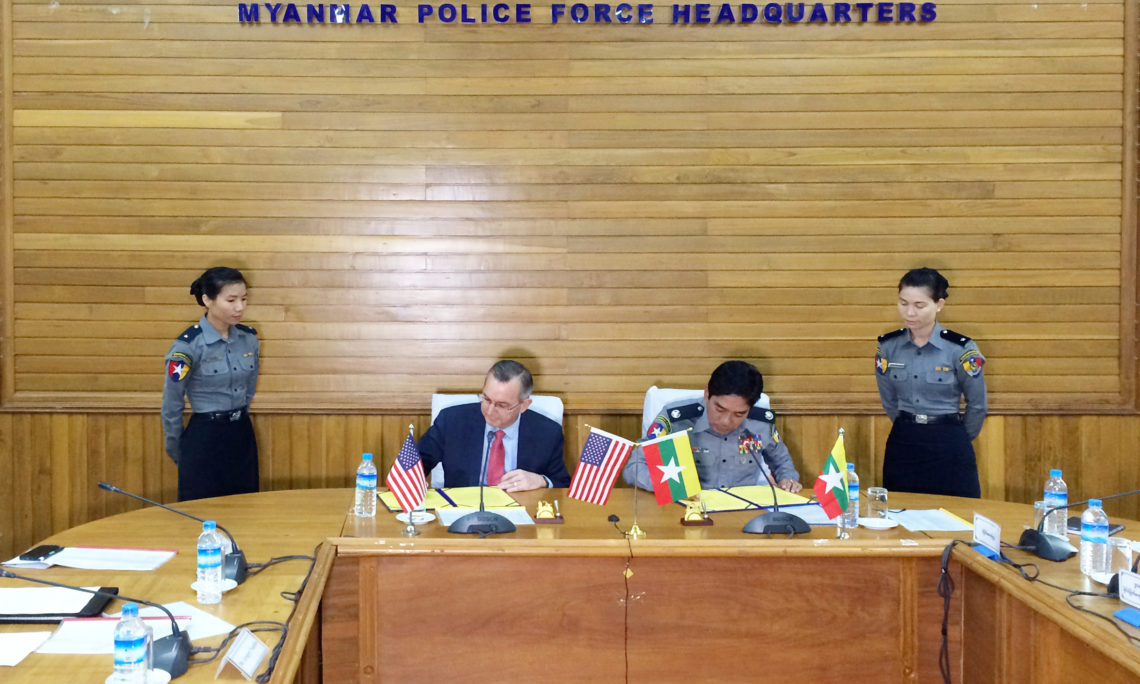 Nay Pyi Taw, Myanmar – Ambassador Scot Marciel and Acting Police Chief Police Brigadier General Aung Win Oo signed an agreement on providing law enforcement, counternarcotics and rule of law assistance to the Government of Myanmar.  This agreement furthers the U.S.-Myanmar Partnership, and shows the U.S. commitment to working together to strengthen rule of law in Myanmar.

During the last year, the United States has provided over $11 million USD to support the law enforcement and rule of law sectors, including to the courts, prosecutors and the police, to provide technical training, material assistance and increased understanding of judicial ethics and case analysis. This year, the United States will deepen its partnership with the Union Attorney General’s office to strengthen Myanmar’s justice sector.

“The United States is committed to helping the Government of Myanmar protect and serve its people.  Partnering with government institutions to fight transnational crime and to promote rule of law remains at the heart of our mission goals,” Ambassador Marciel said.

Ambassador Marciel welcomed the Myanmar Government’s collaboration and its dedication to engaging with the international community.  He said the United States strongly supports the development of effective and democratic justice and law enforcement institutions in Myanmar.