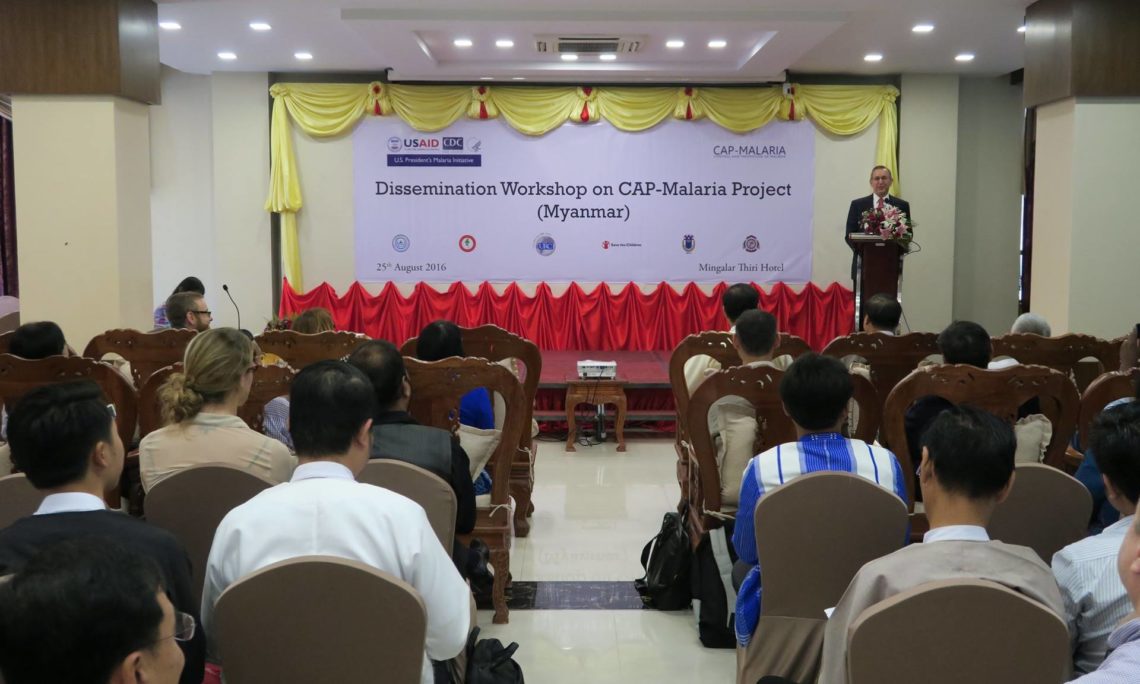 NAYPYITAW, Myanmar – On Thursday, August 25, USAID announced the award of the new Defeat Malaria program. This five-year, $32 million program for Myanmar is made possible under the U.S. President’s Malaria Initiative (PMI).

Defeat Malaria and U.S. support and technical assistance under PMI shows the U.S. government’s continued commitment to the fight against malaria. This builds on the November 2014 commitment by 18 heads of State including President Obama during the 9th East Asia Summit to eliminate malaria from the entire Asia Pacific region by the year 2030.

“This ambitious but achievable goal is a rallying cry to redouble our efforts in support of the National Malaria Program. Today I want to reaffirm the U.S. government’s commitment to work closely with the Ministry of Health and Sports, donors, and partners in support of this challenging and bold endeavor,” U.S. Ambassador Scot Marciel said in Naypitaw.

Defeat Malaria follows the successful U.S. government funded Control and Prevention of Malaria (CAP-Malaria) project that operated from 2011 to 2016, and helped to strengthen prevention and control of malaria, in particular artemisinin resistant malaria, in 29 Townships of 5 States/Regions of Myanmar.

CAP-Malaria reached an area with nearly one million people, providing testing and treatment and achieving a 37% reduction of malaria incidence. The project has trained over 5,000 village malaria workers, health care providers, and laboratory technicians, and provided materials and equipment.  Over the course of the project, 573,932 people were tested for malaria and 23,225 positive cases were appropriately treated. Our new program, Defeat Malaria, is expected to reach a total of three million people in 33 townships across Tanintharyi Region, and Kayin and Rakhine States over the next five years.