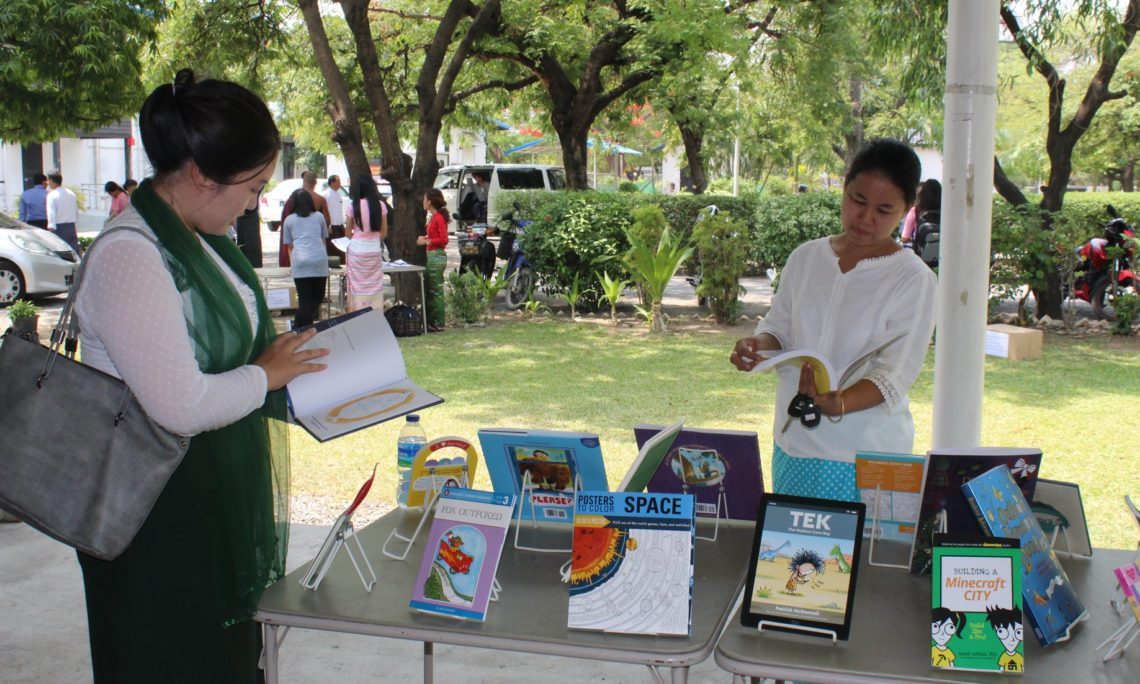 MANDALAY – In a ceremony at Jefferson Center Mandalay today, the U.S. Embassy and The Asia Foundation donated more than 6,300 books to nearly 140 educational institutions in Upper Myanmar. Together with the donation to Lower Myanmar institutions in April, today’s event brings the total number of books donated in 2019 to more than 16,000, benefitting nearly 300 institutions across the country.

Opening the event, U.S. Embassy Public Affairs Officer John Groch said, “Democracy can only work if a citizenry is educated and informed, and that can only happen through widespread literacy.” He added, “The U.S. Embassy is honored to be part of the efforts to improve education throughout Myanmar.” Dr. Groch and The Asia Foundation Senior Program and Operations Officer Mi Ki Kyaw Myint presented donation certificates to the institutions in attendance today.

The Asia Foundation and the U.S. Embassy have partnered with the Myanmar National Library to donate new, high-quality English-language books to Myanmar libraries and educational institutions since 2007. Over the past 12 years, they have donated more than 250,000 books to institutions throughout the country including university, community, public school, and government agency libraries.

“It is important for all parts of society to have access to educational resources. Our Books for Asia program donates books on a range of different subjects all across Myanmar, from parliament libraries, to monastic school libraries, to community libraries in conflict affected areas,” Mi Ki Kyaw Myint of The Asia Foundation’s Myanmar office said. She added, “Through this program we aim to invest in people’s knowledge and skills in a way that contributes to a well-educated society and labor force.”

Nearly 140 institutions from Mandalay, Magway, and Sagaing Regions, as well as Nay Pyi Taw Union Territory, and Chin, Kachin, Kayah, and Shan States received the donation of more than 6,300 books at Jefferson Center Mandalay today. In April, a book donation event at American Center Yangon provided over 9,800 books to 131 institutions in Ayeyarwady, Bago, Tanintharyi, and Yangon Regions, as well as Kayin, Mon, and Rakhine States.