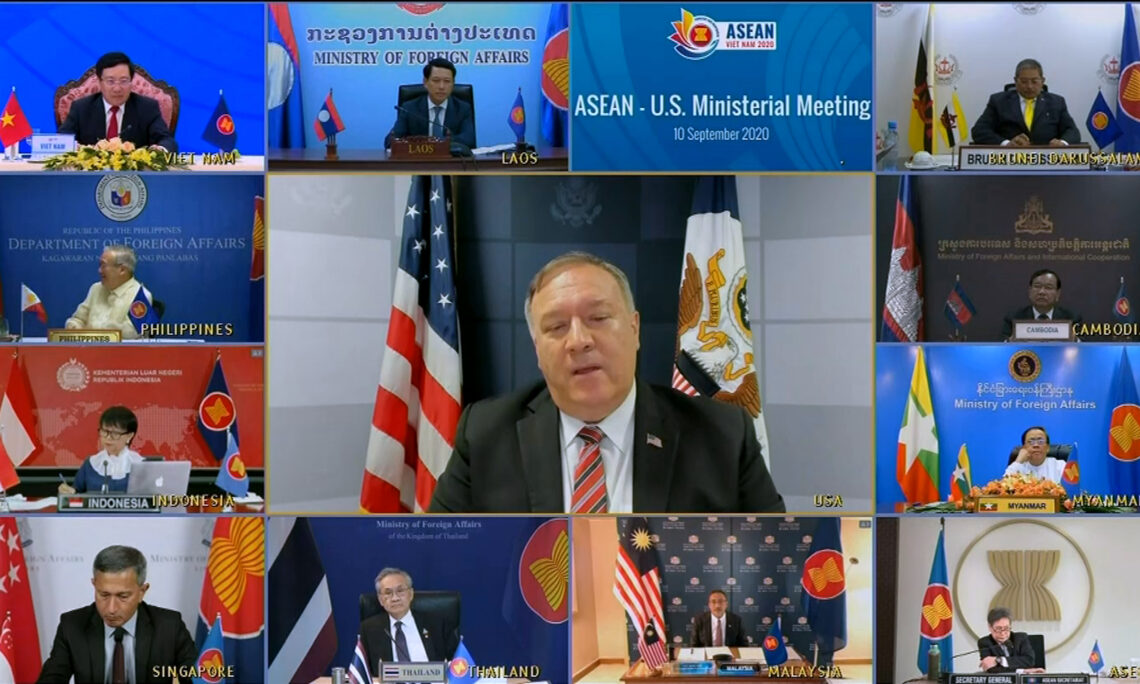 The Enduring U.S. Commitment to ASEAN

America has long been a friend to ASEAN countries. At the ASEAN-U.S. Foreign Ministers’ meeting recently, I reaffirmed U.S. support for ASEAN’s role at the heart of the Indo-Pacific.

The ASEAN Outlook for the Indo-Pacific and the U.S. Indo-Pacific Strategy share a respect for sovereignty, the rule of law, transparency, openness, and inclusivity. These shared principles form the core of our work with ASEAN and are the basis for this week’s launch of the Mekong-U.S. Partnership. We reiterate U.S. support for ASEAN as it speaks with a strong, collective voice to advance these shared values.

We also underscore our commitment to speak out in the face of the Chinese Communist Party’s escalating aggression and threats to sovereign nations’ ability to make free choices. We stand with our ASEAN partners as we insist on the rule of law and respect for sovereignty in the South China Sea, where Beijing has pursued aggressive campaigns of coercion and environmental devastation. We stand for transparency and respect in the Mekong region, where the CCP has abetted arms and narcotics trafficking and unilaterally manipulated upstream dams, exacerbating an historic drought. And we stand for open and rules-based economic growth, in contrast to the opaque and predatory business practices of Beijing’s state-owned actors, such as China Communications Construction Company.

The United States stands with our ASEAN partners in combating COVID-19 and enabling regional economic recovery. Building on the U.S.-ASEAN Health Futures initiative and the over $87 million in U.S. government assistance to fight COVID-19, including the delivery so far of 850 ventilators to Indonesia and 100 to the Philippines, we are announcing additional USAID support for One Health Workforce-Next Generation to help ASEAN countries prepare for, prevent, detect, and respond to public health emergencies. Additionally, the U.S. Centers for Disease Control and Prevention (CDC) is expanding its engagement through a new CDC regional office in Hanoi and the U.S.-ASEAN Smart Cities Partnership is launching initiatives in health, along with new agreements in water management and transportation.

To continue to promote economic prosperity in the region, the United States, through the U.S. Development Finance Corporation, is investing in needed infrastructure. We will also co-host with Vietnam the third Indo-Pacific Business Forum to foster millions of dollars in U.S. investment in an open, transparent, and rules-based manner.

To promote human capital development and provide people with skills and knowledge to participate and compete in the global economy, the U.S. Department of State intends to provide $5 million for the new Young Southeast Asian Leaders Initiative (YSEALI) Academy at Fulbright University Vietnam (FUV) in Ho Chi Minh City.

As we expand our strategic partnership with ASEAN, we must also address some of the critical challenges facing the region. We continue to urge the DPRK to end provocations, abide by its obligations under the UNSCRs, and engage in sustained negotiations to achieve complete denuclearization. We urge ASEAN countries to continue efforts to fully implement their obligations under the UN resolutions. We express concerns over the continued violence in Burma’s Rakhine State and call for a cessation of fighting, negotiated solution, and deepened efforts to address root causes of violence to facilitate the dignified, safe, voluntary, and sustainable return of IDPs and refugees. We also reiterate that the CCP’s imposition of draconian national security legislation has obliterated Hong Kong’s autonomy.