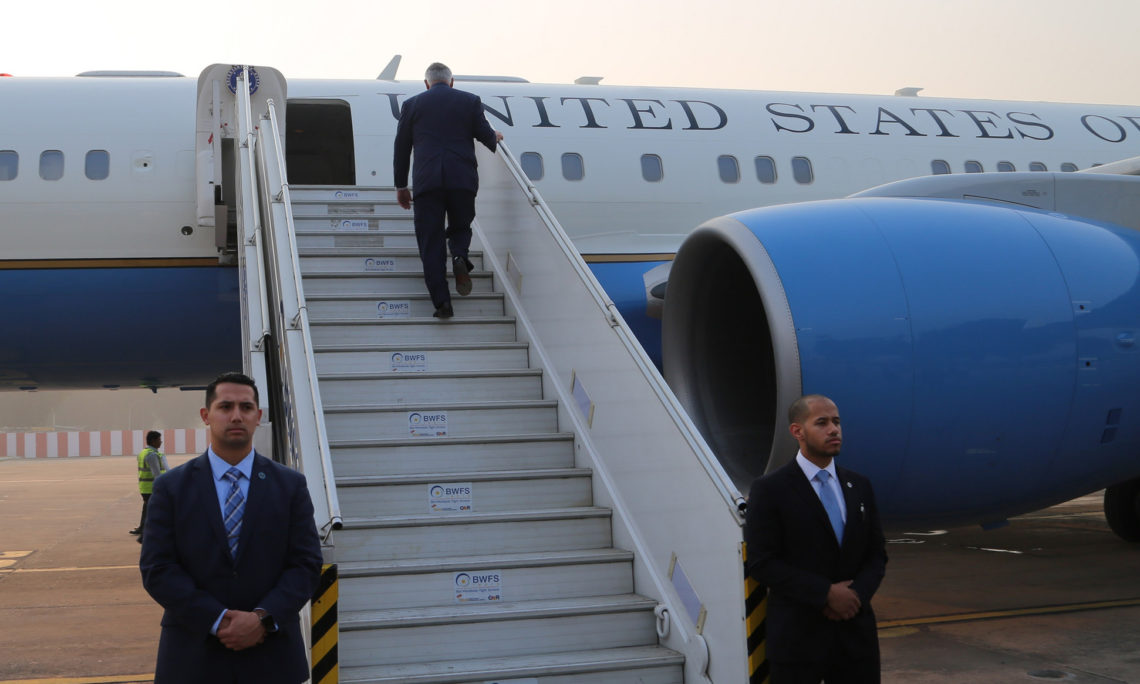 Office of the Spokesperson

Secretary Tillerson will accompany President Trump on his travels to Japan, the Republic of Korea, China, Vietnam, and the Philippines.  The Secretary will also make an additional stop in Burma.  The Secretary’s six-country trip demonstrates the Administration’s commitment to our alliances and partnerships in the Asia Pacific and highlights our ongoing engagement in the Asia-Pacific Economic Cooperation (APEC) and the East Asia Summit (EAS) on regional issues of mutual interest and concern.

The Secretary will travel to Tokyo, Japan November 5-7.  Secretary Tillerson will participate in the President’s bilateral summit meeting with Prime Minister Abe, engage with Japanese and American business leaders, and meet with the families of Japanese citizens abducted by the North Korean regime.  The Secretary will support the President’s focus on bolstering the U.S.-Japan Alliance, strengthening our shared resolve on North Korea, and pressing for more balanced trade that fosters strong domestic demand-driven growth and free and fair trade practices.

Secretary Tillerson will travel to Seoul, Republic of Korea November 7-8.  He will join the President in meeting with senior Korean officials to discuss the U.S.-Republic of Korea alliance and our shared global priorities, including our coordinated response to the threat posed by North Korea.

On November 8-10, the Secretary will visit Beijing, China and will participate in the President’s summit meeting with President Xi Jinping.  He will have discussions with Chinese officials on bilateral, regional, and global issues that affect both countries.  At the top of the agenda will be North Korea and the economic relationship between the United States and China.  The United States seeks a constructive and results-oriented relationship with China.

Secretary Tillerson will travel to Danang, Vietnam on November 10 to participate with the President in Asia-Pacific Economic Cooperation meetings.  APEC is the preeminent leaders-level forum for promoting cooperation on reducing barriers to trade and investment throughout the Asia-Pacific region.  On November 11, the Secretary will travel to Hanoi, Vietnam with the President for bilateral engagements with senior Vietnamese leaders.

On November 12-13, the Secretary will join the President in Manila, Philippines to reaffirm the enduring U.S. commitment to the the U.S.-Philippines alliance and ASEAN-centered regional architecture as the President engages with his counterparts from the East Asia Summit (EAS), the region’s premier leaders-led forum for addressing the Asia-Pacific’s most pressing political and security issues.  The Secretary will join the President in celebrating the 50th anniversary of ASEAN and in participating in the U.S.-ASEAN 40th Anniversary Commemorative Summit.  He will also join President Trump on November 13 for a bilateral meeting with President Duterte.  On November 14, Secretary Tillerson will represent the President and the United States at the EAS plenary meeting.

The Secretary will then travel to Naypyidaw, Burma, where on November 15 he will meet and consult with senior leaders and officials on actions to address the humanitarian crisis in Rakhine State and U.S. support for Burma’s democratic transition.