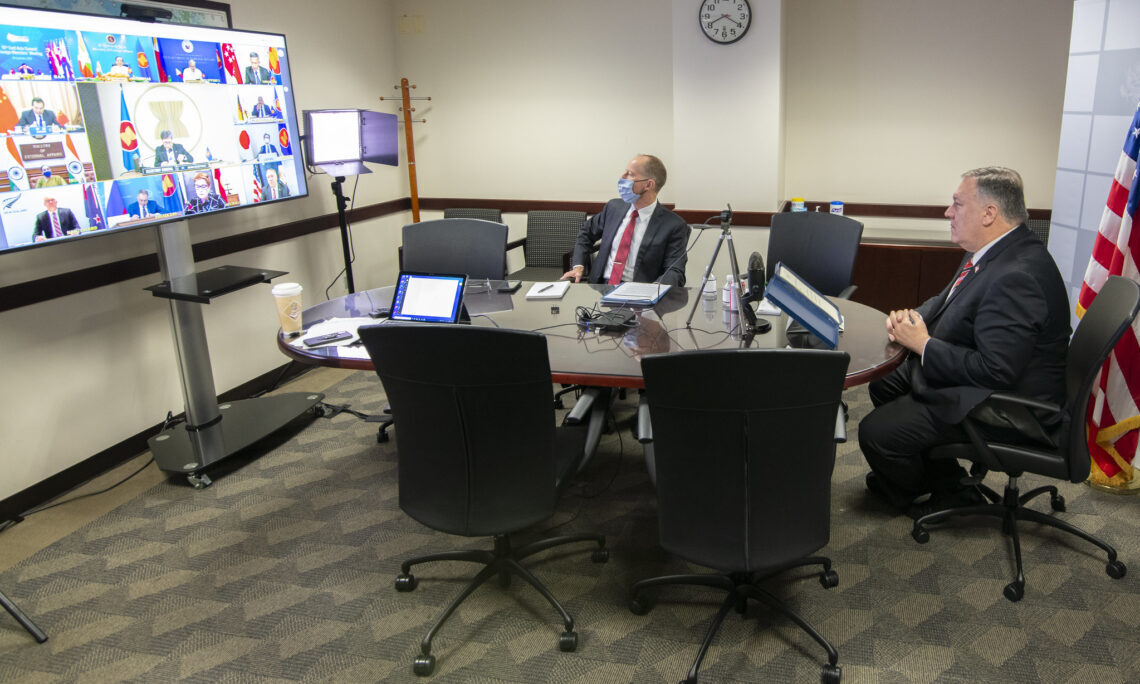 READOUT
OFFICE OF THE SPOKESPERSON
SEPTEMBER 9, 2020

The below is attributable to Spokesperson Morgan Ortagus:

Secretary of State Michael R. Pompeo joined counterparts from 17 countries for the 10th East Asia Summit Foreign Ministers’ Meeting this morning.  Secretary Pompeo highlighted U.S. support for principles of openness, inclusiveness, transparency, and respect for international law.  These principles are shared across our Indo-Pacific vision, ASEAN’s Outlook on the Indo Pacific, and the visions of many other EAS member states.

The Secretary praised ASEAN unity and transparency in response to the COVID-19 pandemic and outlined U.S. efforts to leverage all available resources to develop safe, effective, affordable, and widely available vaccines and therapeutics to fight against the virus.  He also underscored the U.S. commitment—both government and private sector—to partnering with ASEAN countries in economic recovery efforts.

Secretary Pompeo joined several ASEAN countries and many other partners in raising concerns over the PRC’s aggressive actions in the South China Sea.  He reiterated that the United States, in line with the 2016 Arbitral Tribunal Award, regards Beijing’s expansive maritime claims in the South China Sea as unlawful.  Secretary Pompeo also joined several countries in raising concerns over the imposition of sweeping national security legislation on Hong Kong, the arrests of pro-democracy students, the year-long postponement of elections, and disqualification of pro-democracy electoral candidates.

Secretary Pompeo, along with other ministers, called for a cessation of violence and a negotiated solution to escalating violence in Rakhine State, and for the DPRK to abandon its WMD and ballistic missile programs, as required by UN Security Council resolutions.