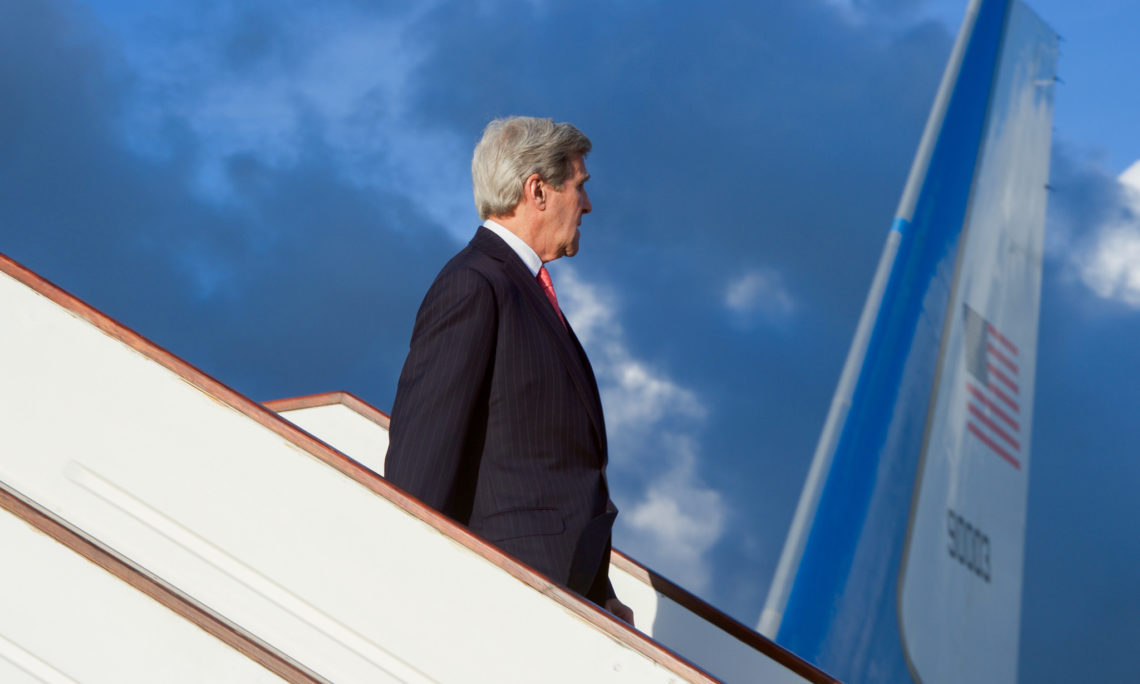 U.S. Secretary of State John Kerry will travel to Saudi Arabia, Austria, Belgium, Burma, and Vietnam from May 14 to May 26.

On May 15-16, the Secretary will travel to Jeddah, Saudi Arabia, for meetings with Saudi government officials to discuss a range of bilateral and regional issues.

Secretary Kerry will then travel to Vienna, Austria, May 16-17. The Secretary will co-host a ministerial meeting on Libya with Italian Foreign Minister Gentiloni to discuss international support for the new Government of National Accord, with a focus on security. He will also co-host the ministerial meeting of the International Syria Support Group to reaffirm and strengthen the Cessation of Hostilities, to discuss ways to ensure humanitarian access throughout the country, and to expedite a negotiated political transition in Syria. Together with Russia and France, the United States will also co-host a meeting on the Nagorno-Karabakh conflict with Armenian President Sargsyan and Azerbaijani President Aliyev.

The Secretary will travel to Brussels, Belgium, May 18-21, to participate in the NATO Foreign Ministerial, which will discuss preparations for the Warsaw NATO Summit of Heads of State and Government in July.

On May 22, Secretary Kerry will travel to Burma to meet with key leaders in Naypyitaw to signal U.S. support for the new democratically elected, civilian-led government and further democratic and economic reforms.

Secretary Kerry will then travel to Vietnam on May 22-25, where he will accompany President Obama to Hanoi and Ho Chi Minh City. The trip will highlight the Administration’s ongoing commitment to the U.S. Rebalance to Asia and the Pacific, which is designed to increase U.S. diplomatic, economic, and security engagement with the countries and peoples of the region. The Secretary will join President Obama during official meetings with Vietnam’s leadership to discuss ways for the U.S.-Vietnam Comprehensive Partnership to advance cooperation across a wide range of areas, including economic, people-to-people, security, human rights, and global and regional issues. They will also meet with members of civil society, the Young Southeast Asian Leadership Initiative, entrepreneurs, and the business community. During meetings in both cities, discussions will focus on the importance of approving the Trans-Pacific Partnership this year.