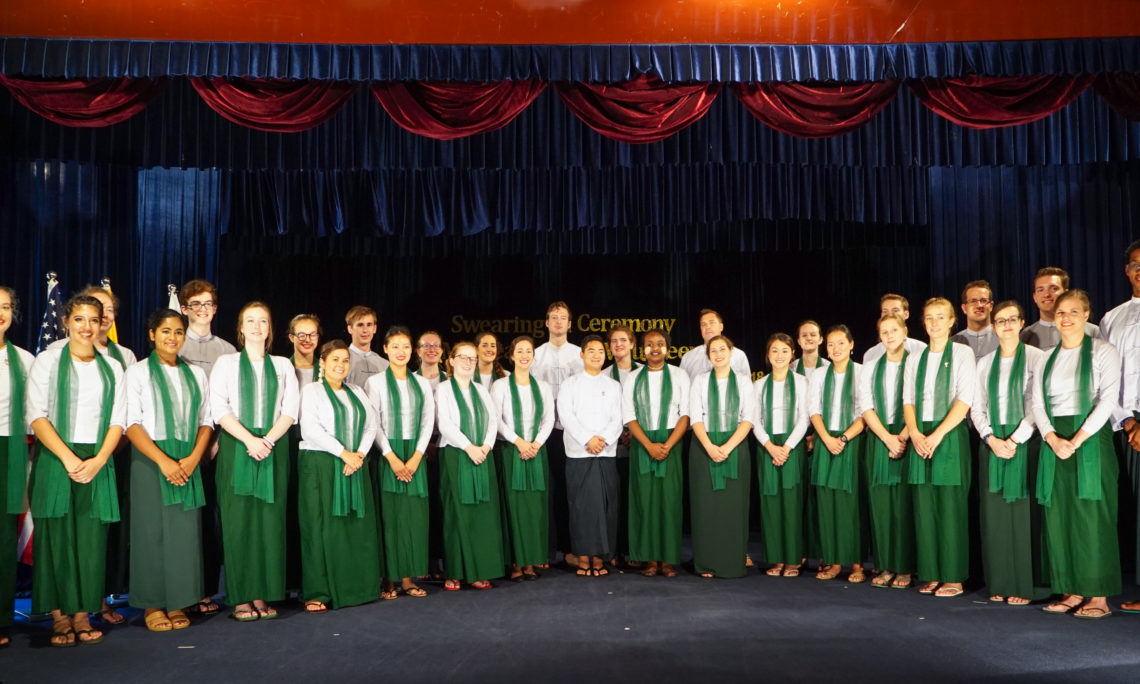 This is the third and largest group of American Volunteers to serve in Myanmar. They come from all parts of the United States and reflect the country’s great diversity. These Volunteers successfully completed a ten-week pre-service training program concentrating on Myanmar language and culture, job-specific skills, and health and safety training. To facilitate their learning, the Volunteers lived in a local community in Bago Region, learned from local sponsor families, and conducted practice school lessons for Myanmar students.

Country Director Maura Fulton administered the Volunteer pledge and told the new Volunteers, “You will help to strengthen friendships and cross-cultural understanding between the people of the United States and the people of Myanmar, bringing our two nations’ hearts closer together through your work in the community.”

Representatives of the Ministry of Education and other Government of Myanmar partners attended the ceremony and expressed their gratitude for the Volunteers’ service. Also in attendance were Myanmar regional and local government officials, collaborating schools and local families, Peace Corps staff, and U.S. Embassy officials.

Since President John F. Kennedy established the Peace Corps on March 1, 1961, more than 230,000 Americans have served in 141 host countries. The Peace Corps operates at the request of the Government of Myanmar and provides qualified men and women who contribute to education goals while also promoting a better understanding between the people of the United States and Myanmar. Peace Corps Volunteers began working in  Myanmar in 2016. With the addition of this new group, Peace Corps is tripling the number of Volunteers serving the people of Myanmar; 45 Volunteers now live and work side-by-side with their Myanmar counterparts.