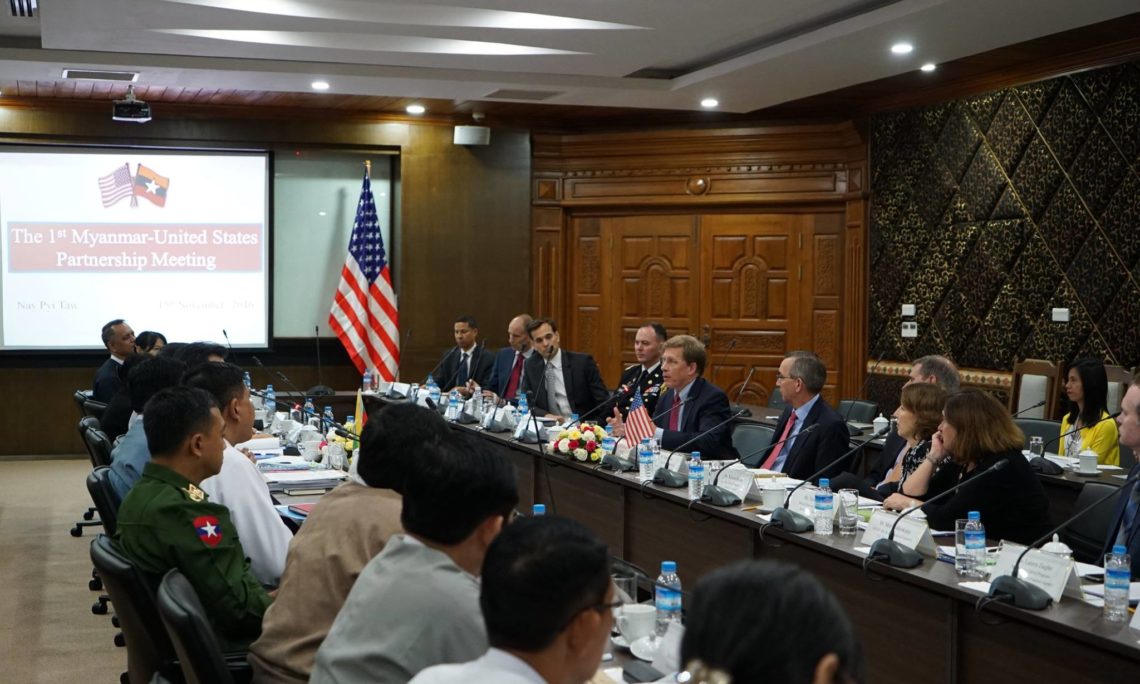 Office of the Spokesperson

Following the announcement of the formation of the U.S.— Myanmar Partnership by President Obama and State Counsellor Daw Aung San Suu Kyi during her visit to the United States in September, an interagency delegation from Washington, including officials from the Departments of State, Commerce, Treasury, Defense, USAID, and the U.S. Trade and Development Agency joined Ambassador to the Republic of the Union of Myanmar Scot Marciel for the First U.S. – Myanmar Partnership Meeting held in Naypyitaw, Burma on November 15.  Minister of State for Foreign Affairs U Kyaw Tin led an interagency delegation from the government of Burma.

The meeting covered a variety of topics, reflecting the expanding U.S.-Burma relationship and focusing on areas of current and potential cooperation.  It was also an opportunity to exchange views on Burma’s peace process, continuing challenges in Rakhine State, democratic transition, and efforts to improve human rights and rule of law.  Both delegations discussed ways in which they could build a strong economic and commercial partnership, including through management of natural resources, responsible investment, and inclusive economic development.  The dialogue also focused on people-to-people ties as a means to strengthen the bilateral relationship and improve human capital in Burma.

The U.S. delegation recognized Burma’s progress towards consolidating its transition to democracy and stressed the main goal of U.S. policy toward Burma and this new Partnership will help Burma succeed.

The Partnership will be anchored by annual dialogues led by the U.S. Department of State and Burma’s Ministry of Foreign Affairs.  It will create mechanisms for cooperation in areas including political and diplomatic relations, trade and economic ties, science and technology, education and training, environment and health, defense and security, humanitarian protection and promotion of rule of law, human rights, and people-to-people connections.