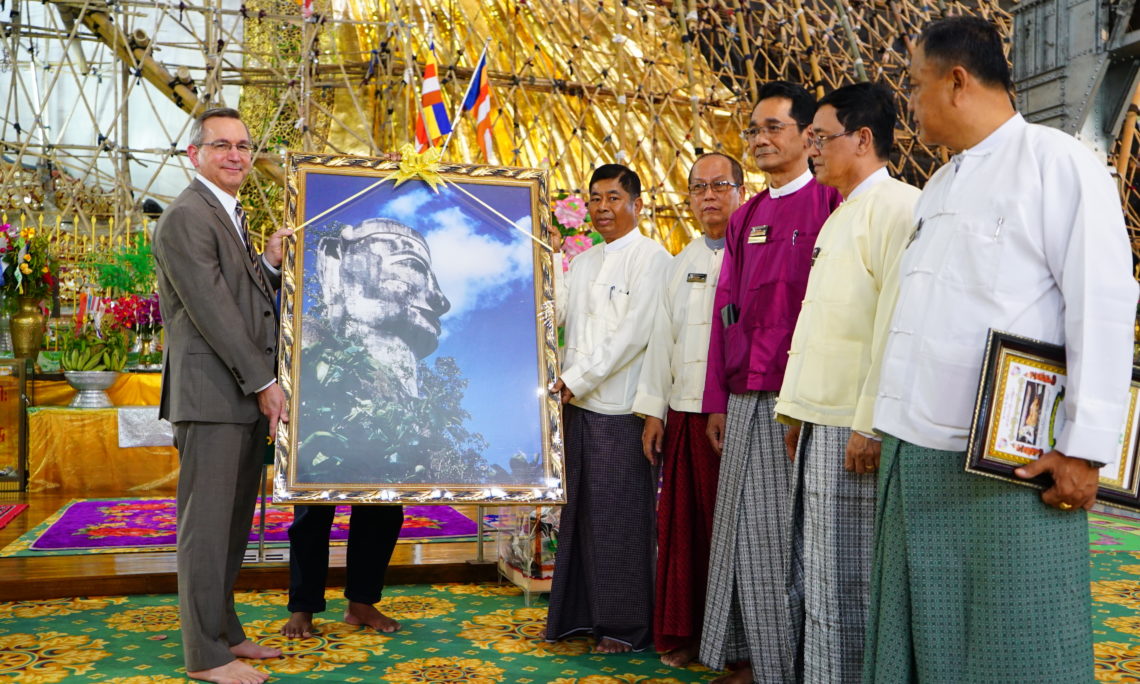 Amb Presenting Pic To The Board of Trustee

The color photograph was taken in 1958 by U.S. citizen, Ms. Hazel M. Hitson, then a resident of Bonshegon Village, which has since been incorporated into Shwepyithar Township, Yangon.  As a resident of Bonshegon Miss Hitson was known as “Ma Shwe Mi.”  She returned to Myanmar many years later as “Daw Shwe Mi.”  Out of respect for local culture and her deep friendships with the Myanmar people, Ms. Hitson had her original photograph enlarged, and asked that the U.S. Embassy facilitate the donation to the Chaukhtatgyi Buddha Temple in the name of “Daw Shwe Mi and the families of Bonshegon Village, Shwepyithar Township.”

The photograph depicts a large stone head of a Buddha statue surrounded by greenery with a blue sky above it.  Between 1966 and 1969 the site was rebuilt and transformed into the now-famous reclining Buddha, said to be the third largest in Myanmar.  The historical photograph will hang in the main hall of the pagoda for all to see.