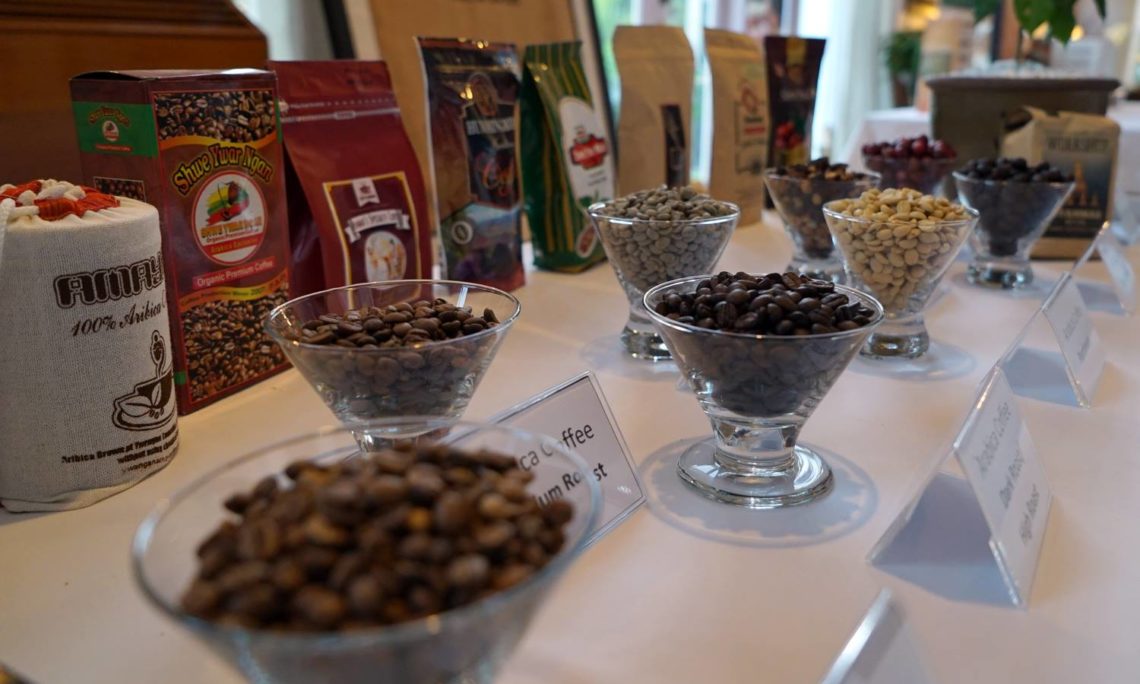 Yangon, Myanmar – To ring in the New Year, U.S. Ambassador Marciel welcomed partners from the Myanmar and United States agricultural sectors to his home on January 12 to recognize the achievements attained through bilateral engagements between the two countries.

More than 50 representatives from the Myanmar government and business sector, including Dr. Tin Htut, Permanent Secretary,  Mr. Kyaw Swe Lin, Deputy Director General and Ms. Kyin Kyin Win, Deputy Director from the Ministry of Agriculture, Livestock and Irrigation, Mr. Aung Min Thyke , Director from Ministry of Commerce and some of the largest Myanmar grain importers and bakeries, Myanmar Coffee Association, as well as delegates from the U.S. Wheat Associates and Winrock International attended the event.

“Through deepening Myanmar-U.S. commercial relationships, we see the Myanmar milling and baking sectors expanding due in part to the use of high quality products such as U.S. wheat.  Through these partnerships, we not only see more cafes and bakeries that consumers can enjoy in Myanmar, but also more companies producing more value-added products and giving consumers more options at retail stores.  In addition, USAID’s work with smallholder coffee farmers and agribusinesses have strengthened their operations enabling them to export Myanmar coffee to the rest of the world.  As these trends continue to grow, it’ll have a positive impact on the economy, creating more jobs and generating more income for everyone,” said Ambassador Scot Marciel.

Sales of packaged goods in Myanmar, many produced with wheat ingredients from the United States, have grown from an estimated $184 million in 2011 to more than $272 million in 2016.  Similarly, U.S. wheat exports to Myanmar rose to nearly $4 million in 2016.  Furthermore, Myanmar coffee exports to the United States and Europe were 54 metric tons in 2016.  The coffee association plans to increase these exports to 80 metric tons in 2017.  Facilitated by the people-to-people approach of USAID’s Farmer to Farmer program and Value Chains for Rural Development activity, in collaboration with Winrock International, Myanmar became a player in the U.S. market in 2016, and is now on the map as an emerging coffee growing region.  The achievements attained in the agricultural sector demonstrate that collaboration and continued engagement benefit both countries.

Attendees were also treated to an array of delicious food made with U.S. wheat and Myanmar coffee.